It’s never a happy moment when a game closes down, but sadly it is that time for Heroes of Newerth. A Facebook post detailed HoN’s final plans. After 12 years of service, the servers are shutting down in June 2022.

Riot had made it clear that League was to have the core concepts of Dota 1 but be its own game. Using the mod as a foundation and adding their own spin to it. But this wasn’t what all Dota fans wanted, so when the developers of HoN, S2 Games, had promised to make a more faithful adaptation of the original Moba, people were excited.

The idea was to modernize Dota and free it from the Warcraft III shackles by adding matchmaking, voice chat, a streamlined UI, and the ability to track a player’s stats. And when it was discovered that one of the key developers of the Warcraft III mod, the fabled IceFrog, was working with S2 Games, people got even more excited.

Yet if you follow esports, or the MOBA genre, or even just the video game industry in general, there’s a good chance you’ve heard of Dota 2 and League of Legends. But you may not have heard of Heroes of Newerth, so what happened?

HoN had a lot going for it leading up to its release; it was poised to fill the demand that Riot had left open, of being the next Dota. It would have all the features players asked for, especially matchmaking. It would look better but still feel familiar to veterans. There was no real reason not to jump from Dota to HoN. Until S2 Games gave them some.

Dota was not free to play; you had to own the Warcraft III games to play, but everyone who was playing Dota 1 already owned that. League of Legends was free to play, so there wasn’t a monetary barrier to giving it a shot, if not jumping altogether.

HoN was $30 on release. Now I’m not going to sit here and act like the developers are so evil or dumb for waiting to get paid for their work. And even back then, $30 was still cheaper than many games at the time. But, in hindsight, it was a mistake, a rather costly one ironically.

For many people all over the world, MOBA’s lived and breathed in Internet Cafes. And that $30 was steep; it was a barrier. This compounded with the issue that MOBAs are team games, which often meant you played with your friends. So even if you were one of the lucky ones who could afford the new game, there’s a good chance, not everyone in your friend group could.

Instead of swallowing the Dota 1 player base that hadn’t fully jumped to League, it instead fractured the player base. What was once one pool of players in Dota was now three, between Dota, League, and HoN. And while initials sales of Heroes of Newerth weren’t bad, they were the smallest piece of the pie. And it’s almost entirely attributed to the fact that HoN was the one people had to buy out of the three. Unfortunately, it was not the only barrier.

MOBA’s are notoriously difficult games to get into with… we’ll call it an “unfriendly” community. While HoN was a more faithful evolution of the original Dota, it still had its differences. Even though most heroes and abilities carried over, many of them were still tweaked ever so slightly. As minute as some of these changes may have been, a Dota 1 player had to relearn a lot. A player may have hit every Mirana Arrow, but Valkyrie’s Javelin of Light just didn’t feel the same. They may have dominated with Puck but just fed with Bubbles. Oh, and their team is flaming them.

Most Intense Heroes of Newerth Game In 2021 Game Moba

The Top 5 MOBA Games That You Can Play Right Now! Game Moba

34 thoughts on “What Happened to Heroes of Newerth? Game Moba” 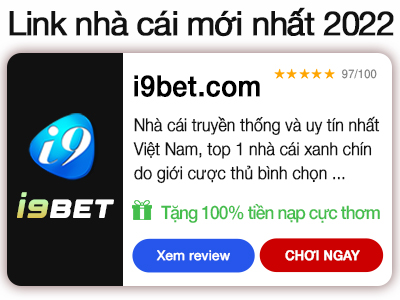